This is a project I worked on for two weeks in Digital Systems Design, a third-year Computer Engineering course. In the project I built a system-on-chip that rotates a a static image by a fixed degree, and prints the rotated image to a screen. The system is comprised of a soft-core CPU, memory, a graphic accelerator, and a graphics driver.

The figure below illustrates the system’s architecture. 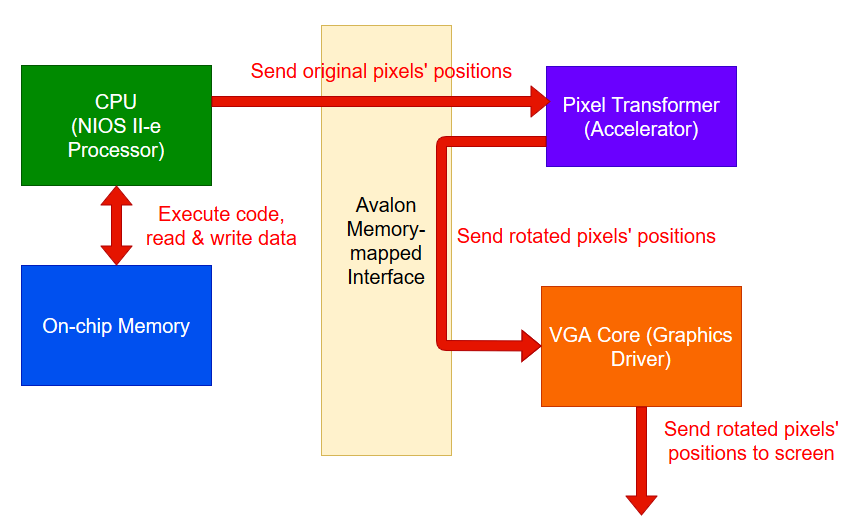